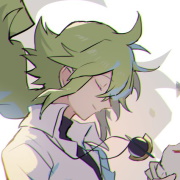 C code requires RAM for the stack and heap, and coreboot has to execute C code before RAM is initialized. The "cache-as-RAM" loader sets up a dynamic MTRR to allocate a small area of memory (0xfefc0000-0xfefc2000 by default) on the CPU cache to use as a stack/heap, and another one to shadow the BIOS area. Booting coreboot with no-op MTRRs (as currently done in master) results in a stack corruption as soon as the first C function returns, because the memory area it expects the stack to be in is unallocated and therefore always reads 0xff. It is possible to modify coreboot to assume all RAM is initialized and usable from the get go, like it already does for virtualizers, but that would violate our policy of emulating real machines.

The logical solution would be emulating the CPU cache, but that has massive implications mostly related to performance. I've opted to instead create a "parallel page table", where each MTRR declaration will dynamically allocate 4KB pages (the MTRR granularity on P6 is 4KB) as needed, and the (WB)INVD instructions will flush these pages accordingly. This implementation only accepts MTRRs up to 32KB in size, more than enough for coreboot, otherwise BIOSes and OSes might exhaust emulator memory by running a MTRR through the entire address space.

The branch also adds ENABLE_SERIAL_CONSOLE to serial.c, which logs all transmitted serial bytes to stdout to aid with coreboot debugging. Non-printable characters are printed as their hex value in brackets.

Two issues encountered during development of the feature/mtrr branch had their fixes integrated to the master branch, as they affected emulator behavior outside the scope of coreboot.

-> This triggers a bug compatibility scenario starting in v2.10: at least on Award 440BX machines with the stock BIOS, Linux will only see up to ~512MB of RAM, because the kernel deems any RAM above what the BIOS leaves MTRRs for as uncacheable and trims it off to avoid performance issues in real systems; this check is skipped if no MTRRs are found ("virtualized system"), which was the case in v2.07 as MTRRcap reported 0 supported MTRRs. It is true that Klamath can only cache 512MB, but this happens with all CPUs.

2. LBA operations on IDE disks no longer fail if SPECIFY is not called first. This is required for SeaBIOS which never calls SPECIFY.

Back in the 430 chipsets, a BIOS would detect the amount of installed RAM by probing around with the northbridge's DRAM Row Boundary (DRB) registers. The 440BX datasheet states that RAM should instead be detected through the new Serial Presence Detect (SPD) standard, which is an I2C ROM built into DIMMs containing information on the module such as its capacity, connected to the southbridge through the new System Management Bus (SMBus). However, standard BIOSes (such as Award and AMI) continued to use the old 430 DRB method, presumably because some early SDRAM DIMMs lacked the SPD chip, or because BIOS developers were lazy.

Then coreboot showed up, and it actually requires SPD to detect RAM, which is not a bad thing: it's a platform-independent way of detecting RAM, and the vast majority of DIMMs have SPD anyway. This brought me on an adventure where I've implemented emulation for SMBus, SPD (to satisfy coreboot) and hardware monitoring chips (to satisfy the stock BIOS on the coreboot-capable ASUS motherboards). The tracking thread for SMBus and devices is here.

ASUS P2B-LS and P3B-F, which were added to 86Box in their original forms specifically to allow for coreboot in the future.

Both have alternate machine list entries for coreboot, which enable the following hacks through the MACHINE_COREBOOT flag:
VIA Cyrix III CPUs are not enabled on these alternate entries because these CPUs are not supported by coreboot; it targets i686 by default (unless building for Intel Galileo) and has no CPU table entries for anything Centaur.

Build instructions for coreboot (I use WSL1 Ubuntu 16.04)